The Second European Economic Congress in Katowice (EEC), the largest conference in Central Europe under the patronage of the President of European Commission José Manuel Barroso, is heralded by a promotional campaign on an unparalleled scale for such events. 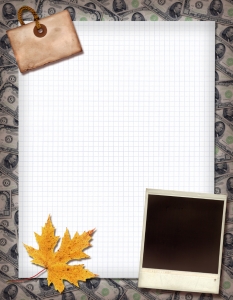 The promotional campaign of the European Economic Congress 2010 which will be held in Katowice from 14 to 16 April involves television, publications and press advertisements, Internet promotion, outdoor boards, direct marketing and PR activities.

?The success of the last year?s European Economic Congress is encouraging and shows how large the potential of the event is. This year, we expect it to be even larger. The list of approximately 3,500 guests from Poland and abroad is almost closed; the EEC promotion is not to sell the product per se. Its key objective is to consolidate the EEC position and brand which is relatively recent as the most prestigious, opinion-making and unrivalled conferences in Europe? says Wojciech Kuśpik, the initiator of EEC and the President of PTWP SA Group.

The spots of the European Economic Congress are broadcast on such channels as TVN CNBC, TVN 24, Polsat News, TV Biznes and TVS. Furthermore, EEC is promoted in the press publications and advertisements of Slovak Hospodářské Noviny, Poland-wide weekly and daily papers and industry journals.

Started in Katowice, the campaign on outdoor media will expand radially. Before the Congress, the capital of Upper Silesia will be covered by the wide-format advertising mesh with a surface of approx. 600 m2 which will be placed on the monumental facade of the Silesian Marshal Office building.

Media purchase and advertisement preparation is the responsibility of PTWP SA Group with the exception of the spots produced and broadcast on TVN24 and TVN CNBC. Last year, for the participation in the European Economic Congress encouraged Jerzy Buzek who is this year?s Honorary President of the Patronage Council, the EEC 2010 Organizing Committee.

Imago PR is responsible for communication with media, running the press office during the Congress and on-going collaboration with media partners of the project. For the needs of the European Economic Congress, the agency created its profile on Facebook, and it gives the most recent news by Twitter and Blip microblogs as well.

The European Economic Congress 2010 is the largest business event in Central Europe. It will gather over 3,500 guests, 400 panellists and numerous personages with a great influence on the European economy. The aim of EEC is to provide a platform for initiating direct contact and exchanging experiences among entities from various industries operating in the European Community market.

EEC 2010 co-organizers include the Silesian Voivodeship, the Metropolitan Association of Upper Silesia and the City of Katowice. The Congress organizer is PTWP SA Group, the publisher of the Nowy Przemysł monthly and the editor of WNP.pl.

You can find more information on the European Economic Congress 2010 on www.eec2010.eu